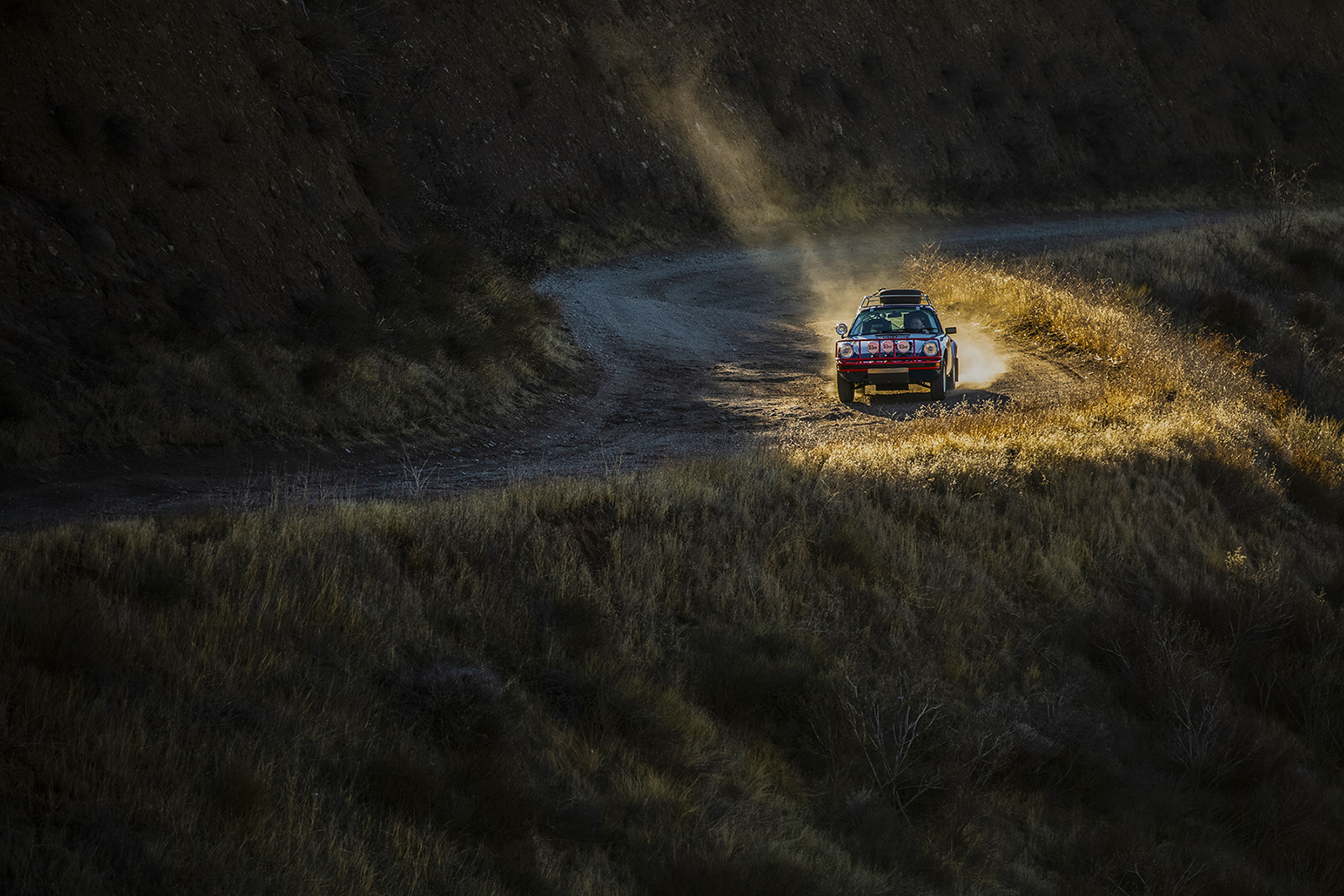 Nineteen Eighty-Two was a good year to buy a new 911. The 911 SC had a galvanized body with rear flares standard, a 3.0-liter aluminum case engine, and a driving experience that was as good as any other early ‘80s sports car.

Twenty years later wasn’t a bad time to buy a 911 SC either. Prices were still reasonable, mileage was not much of a concern with the proven bulletproof engine and, providing regular maintenance had been completed, the cost per mile was very reasonable.

Fast-forward to 2019, and “Safari” style 911s are all the rage. An SC turns out to be the perfect platform on which to build one.

All you need is a 1978-to-1983 coupe in good condition. Next, you simply raise the torsion bar splines on the rear, crank up the front ride height, mount some knobby tires, realign the suspension, install some sporty rally hood lamps, clamp on a brush bar and maybe a roof rack, then add some graphics or paint it a cool color. Presto, you’re in the club.

Of course, you could do more. Like making your “Safari” 911 ready to take on more than the occasional smooth tarmac, shallow creek, and gravel road adventure.

Those in the “Safari” 911 club, whether they know it or not, are paying homage to Porsche’s rally heritage. So, here’s a proposal that aspires to the real factory “Safari” 911 SC built specifically for the arduous 3,000-mile East African Safari Rally.

Porsche created two of these for the 1978 Safari Rally. Courtesy Porsche Archiv.

There happened to be two factory Safari 911 SCs entered in that 1978 Safari Rally. Both had Martini sponsorship and liveries. Renowned Swedish rally driver Björn Waldegård and his long-time co-driver Hans Thorszelius piloted one. And, Brits John Preston, Jr. and Vic Lyall drove the other Martini Safari SC. Hoping for a first ever win in Africa, Porsche sent their top rally specialists Jürgen Barth and Roland Kussmaul along to prepare and repair the cars.

The Porsche SCs led the ‘78 rally in very wet conditions early on. Waldegård was even in first place after the first of three legs. Unfortunately, he was delayed in the second leg by a rear suspension failure, a common weakness on the desert rally 911s. That dropped him to fourth place overall. Preston and Lyall experienced broken half shafts and weak shocks. That was enough to lose them a first place win to Jean-Pierre Nicolas in his works Peugeot 504.

Of course, the factory Safari SCs started off with brand-new shells that were reinforced for the rigors of off-road desert racing. That would be the first step in building a proper tribute car. It means a bare metal nut and bolt restoration and some serious welding, like trusses at the suspension pick up points, a beefy full cage tied into the suspension points, substantial bumper guards on the front and rear, and a full underbody protection tray.

Chassis and shock strength are everything in off-road rallying. That means taking advantage of modern rally equipment, like adjustable EXE-TC shocks and a coil-over suspension. That also allows you to get the car up higher than is possible by just adjusting the torsion bars.

When it comes to mechanicals, you will want a fully rebuilt and reinforced gearbox and motor. And while you’re at it, you can skip the original 110-liter plastic tank used in ‘78, which can puncture. Install a proper fuel safe instead. These items are exempt from the original FIA homologation for safety and reliability reasons. So, no worries about actually entering this car in an international rally.

Our feature car is one of those proposed rally prepared “Safari” 911 builds. Begun in 2016, it happens to be a tribute to the 1978 factory “Safari” SC. Hence the custom light bar, welded in bumper guards, Martini livery, and appropriate graphics. But it is not a car trying to be something it is not. It has a 3.2L motor instead of a 3.0, it has the modern shocks, and a safety fuel tank. As a result, this build is capable of entering the grueling 3,000-mile East African “Safari Classic” that is still run today.

It would be easy to say that that the difference between this build and others is simply time and money. But it’s more than that. It’s a desire by the builder to make sure everything is right and that the car meets his client’s needs, both known and unknown.

Dave Bouzaglou of TRE Motorsports in North Hollywood, California built such a car recently. His client had just a few requests, like air conditioning and a comfortable race seat. Dave made sure of that, and all the other stuff that needed to be done. Like shocks, bumpers, and skid plates that can hold up to big rocks.

We recently had an opportunity to test this tribute 911 on the rocky dirt roads above Palmdale, California. Dust flew and every moving part was exercised. This car can take punishment way beyond what is normally anticipated. We hope the photos show you how much fun this test day really was. I’m sure Waldegård would have enjoyed it too, especially with air conditioning.

Race harnesses for driver and passenger

Custom made plenum for air conditioning condenser located under the fuel cell. Push through fan draws air in from behind the front bumper and blows it out the original gas tank opening under the car