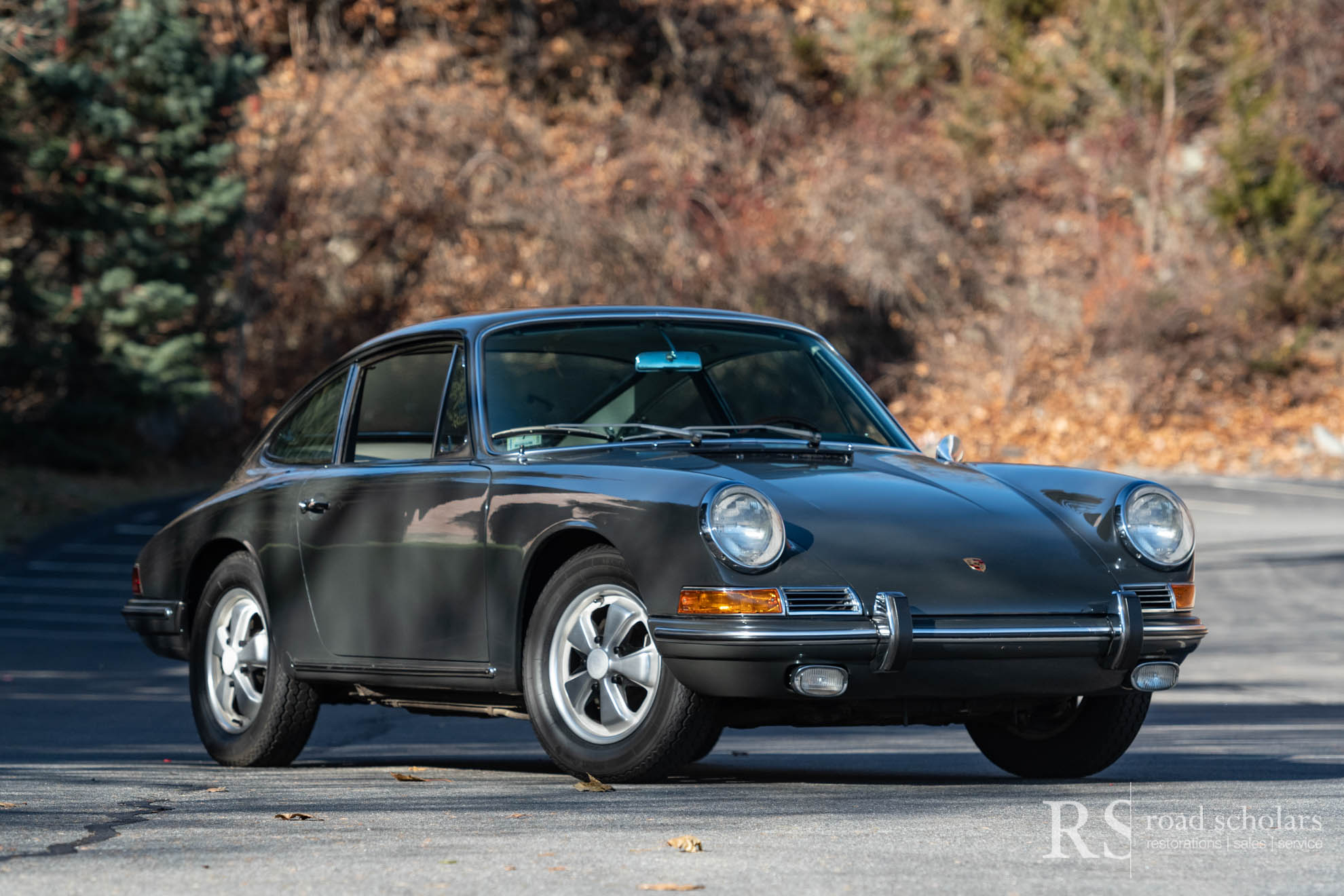 Chassis 305310 is a truly spectacular, time capsule example of a short wheelbase 911. Short wheelbase cars are an absolute thrill to drive, as anyone who has spent any time behind the wheel of one can attest. It is exactly as Porsche intended- light, lively, incredibly nimble, the mechanical rasp of the 2.0-liter engine chattering away behind you as the RPMs climb… it is an experience unique to these early 911 models.

Herbert Dramm, National Service Advisor of Porsche of America, took delivery of this 911 on August 24, 1966, as his company car for approximately seven months before it was offered for sale. Carl Weber, its second owner purchased the 911 on June 28, 1967, with just 10,622 miles. Between 1967 and 1981, Mr. Weber added approximately 14,000 miles to the odometer before placing the vehicle in storage until 2009. The decades beneath a cover had led to heavy patina of the original paintwork, which its third owner managed to revive. The engine was dismantled and rebuilt, the fuel and brake systems refreshed.

The original iconic Slate Grey paint shows beautifully, just barely hinting at its age. The early 15×4.5” Fuchs wheels show their correct, original finish. A set of original chromed steel wheels with hubcaps and original Dunlop “dog-bone” tires also accompany the vehicle. Inside, the 911’s interior is as fresh as it was in 1967.  A thin, wood-rimmed steering wheel and matching wooden shift knob add a tasteful highlight to the interior. In his feature of chassis 305310 in Excellence Magazine (8/2013), journalist Ted West describes it as a new 911- noting that “The door has been closed so few times that it makes this precision, crisp click/handshake you want to hear again just to hear it.” He also goes on to praise the drum-like sound of the door itself when it closes, a quality that is rarely present in restored examples of early 911s.

The list of options specified by Mr. Dramm when ordered new is outlined on the included documentation-including tinted windows, an exterior thermometer mounted on the left side of the dash trim, a Webasto gasoline heater, a Blaupunkt radio with antenna, Hella fog lamps and velour floor mats.

There is no substitute for originality, and chassis 305310 is a prime example of one of the best surviving short wheelbase 911s in existence.